Over the course of more than 400 combat sorties, Lt. Emil ‘Bully’ Lang accumulated 173 aerial victories, 144 of which were gained on the Eastern Front. A former athlete and Lufthansa pilot, he showed himself to be a true expert in aerial combat. Luck had forsaken him on September 3rd, 1944, during an engagement with RAF Spitfires over Belgium.At that time, he was CO of II./JG 26, and carried the Knight’s Cross.

He flew the illustrated Fw190A-5 as Staffelkapitan of 5./JG 54. The camouflage scheme is as it appeared during the summer of 1943, when sand tone patterns were sprayed over the original two-tone green. The intent was to break up the shape defined by the greens, and blend in more with the dry Russian countryside. In the summer of 1943, in accordance with orders from higher up the hierarchy, unit markings were oversprayed. Nevertheless, the green heart shape was still recognizable on the aircraft of JG54. 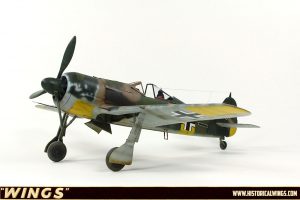 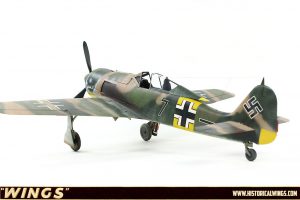 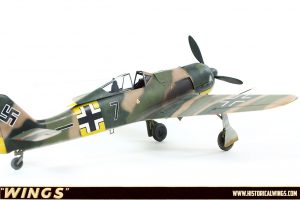 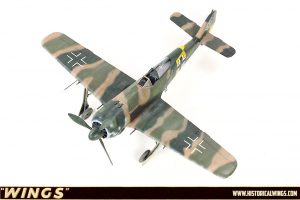 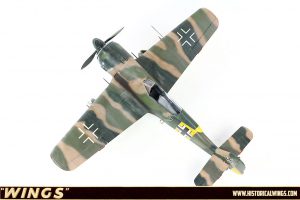 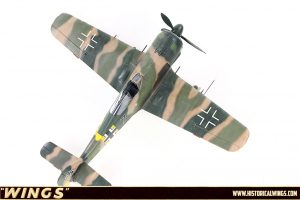 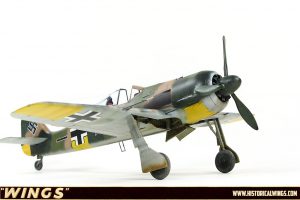 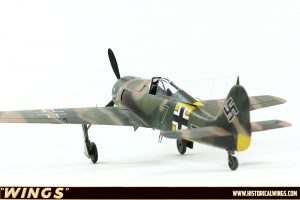 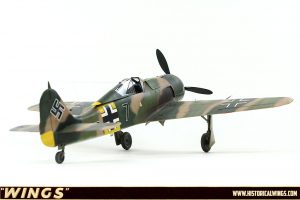