1/48 HobbyBoss Fw190 D-9 Flown by Oblt. Hans Dortenmann, IV./JG 26, 1945.
Oblt. Hans Dortenmann, a 38 kill fighter ace and Knight’s Cross holder, noted in his memoirs that he used Dora W.Nr. 210003 as a personal mount from September 1944 to the end of hostilities. He personally destroyed her at the end of hostilities to avoid falling into enemy hands. At first, during Dortenmann´s service with III./JG 54, the airplane was marked ‘Red 1’.
In late February, III./JG 54 was redesignated IV./JG 26, and Dortenmann was appointed Staffelkapitän of 12./JG 26. His Dora became ‘Black 1’. The WhiteBlack band appeared on the tail as well as IV. Gruppe‘s wave.According to Dortenmann´s memoirs, the original RLM 75/83 camouflage scheme was changed to RLM 82/83, but the reason for re-painting remains unknown. A new-style blown canopy was installed instead of the original flat one. The vertical part of the tail unit was painted yellow from JG 54 days. 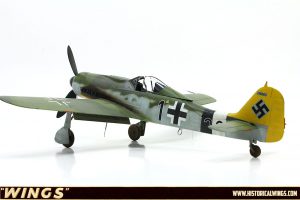 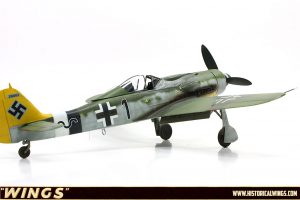 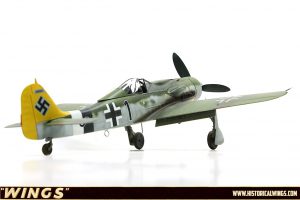 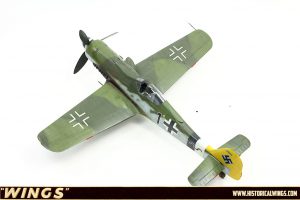 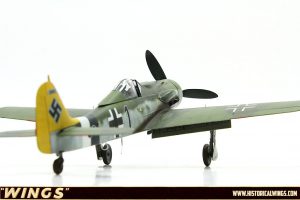 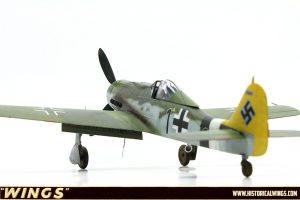 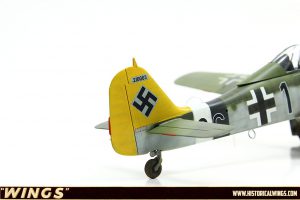 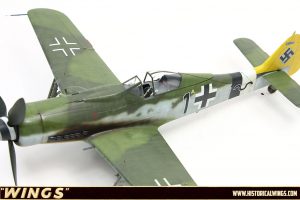