The aircraft flown by Ernst Schröder in October 1944, carried II. Gruppe markings in the form of a horizontal bar in the Staffel colour behind the fuselage cross. The slogan Kölle alaaf with the Cologne Coat of Arms appeared on the left side of the fuselage, while the name of Schroder’s girlfriend, Edelgard, appeared on the right.

In November, the II. Gruppe marking disappeared under the 900 mm wide red fuselage band on the rear fuselage. At the same time, the coat of arms gained shadowing, as did the second part of the inscription, and an exclamation point was added. The name of the girlfriend took on a fancier appearance. 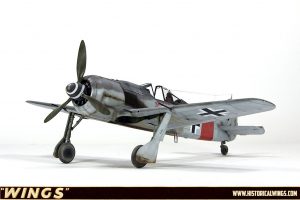 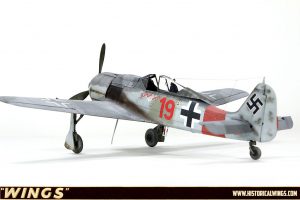 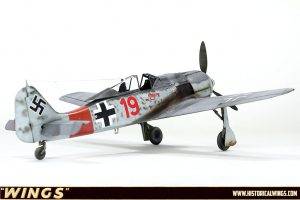 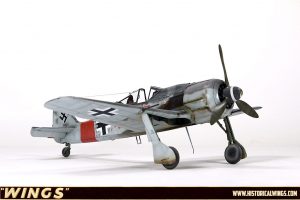 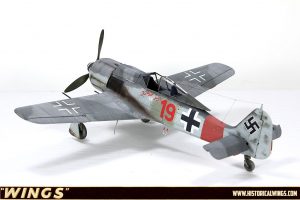 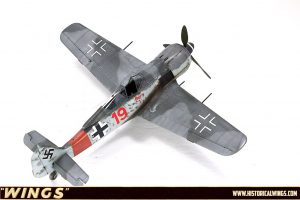 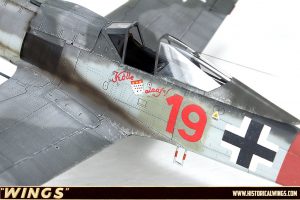 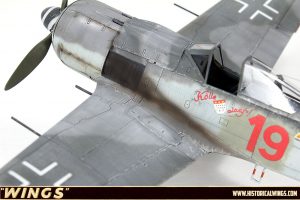 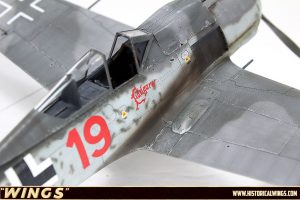